For decades, the Millwald Theatre on Main Street served as the cultural and social center of Wytheville, Virginia. Built in 1928, it originally boasted Vaudeville and “moving pictures” programming. It was intended to host large crowds, with original seating capacity reports ranging from 424 to 700.

More than just a movie house, the theatre hosted pageants, rallies, community events, debates, fundraisers, and even an opera and a film festival during its long run. Key points in both US history and Wytheville history played out within its walls: presidential election results were reported by telegraph in the 1930s, its basement was designated a Cold War fallout shelter, and public debates over the infamous Wytheville UFO sightings were held on its stage.

These photos were provided to us through the private collection of the Hurt family, courtesy of Bob and Martha Ballard. They are scans of original photos depicting the Millwald Theatre circa 1939. 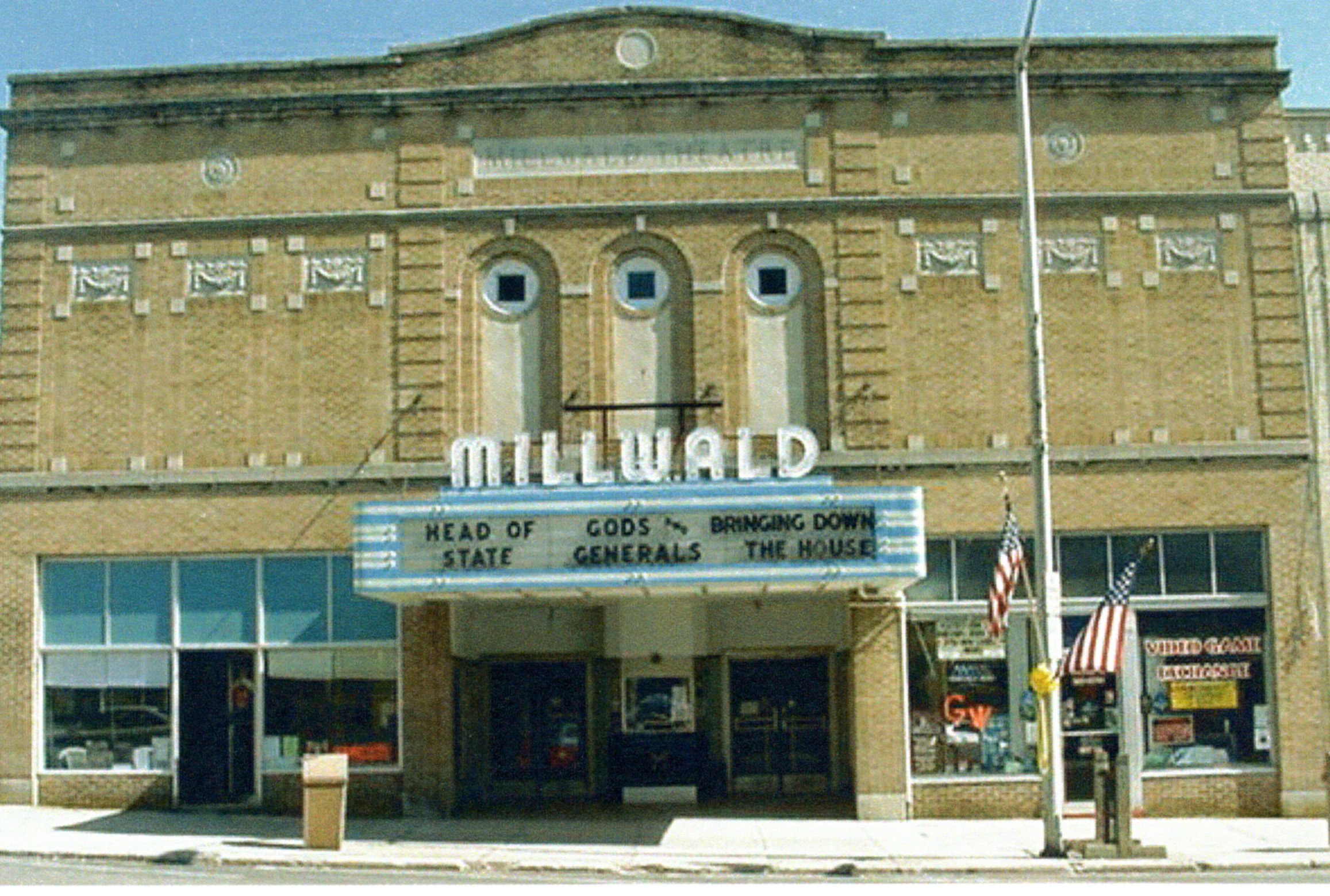 In 2003, the Millwald celebrated its 75th anniversary and was hailed as “Virginia’s longest continuously-running theater.” Unfortunately, it would close its doors just three years later.

The future of the Millwald is inextricably linked to its past. By returning to its roots as a multi-purpose hub of arts and community, this piece of living history can once again thrive.

Do you have a great story about the Millwald in its heyday?  Photos of you and your friends at the theatre “back in the day”?  Maybe even some old ticket stubs? We would love to share your Millwald Memories!
REACH OUT